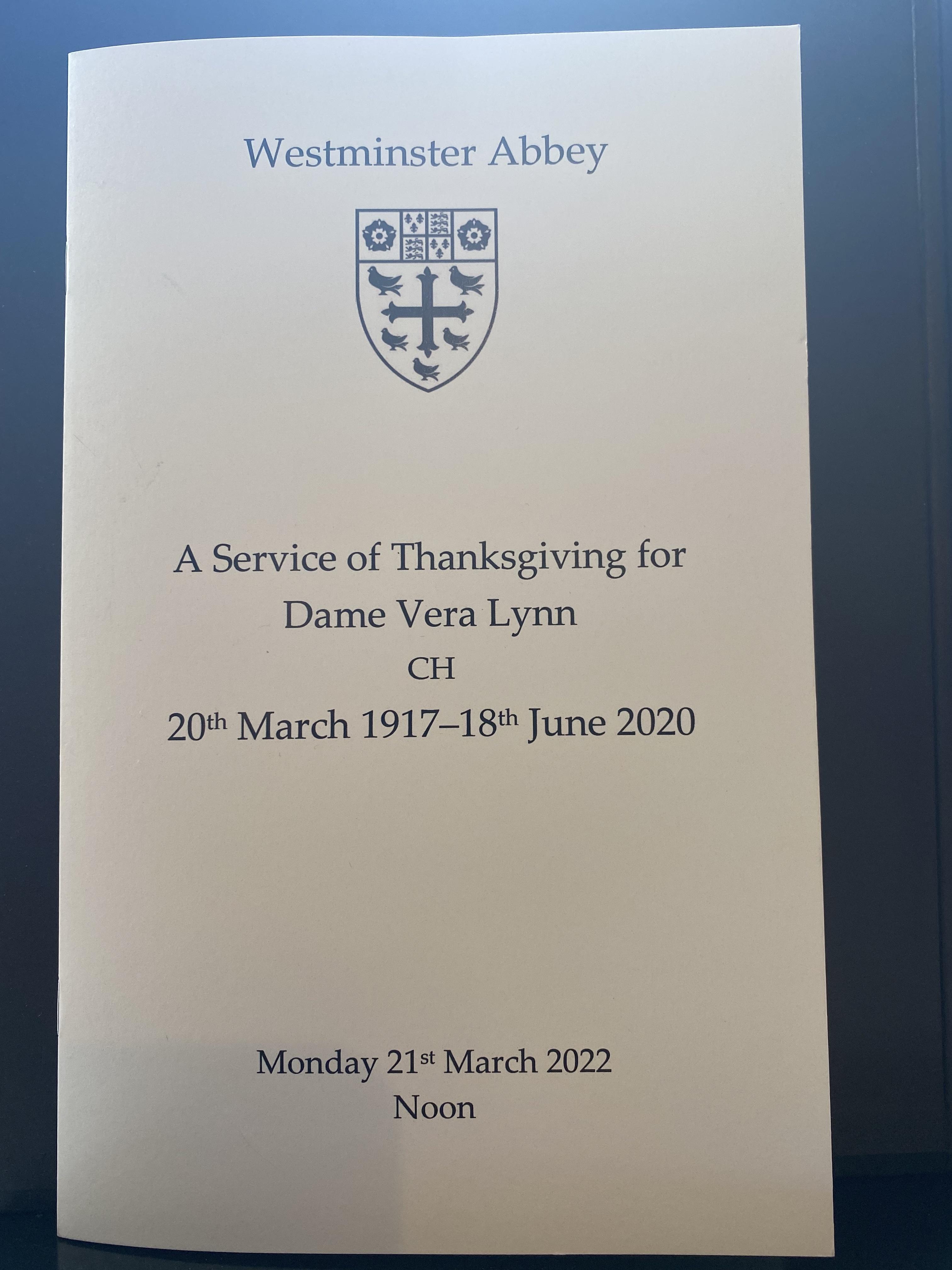 The Central Band was invited to perform at the Service of Thanksgiving for the Life of Dame Vera Lynn (2oth March 1917 - 18th June 2020).

The service was held on Monday, 21st  March 2022 in Westminster Abbey. The sun shone as the Abbey welcomed family members, stars from stage and screen along with service personnel, the Chelsea Pensioners and legions of her fans. 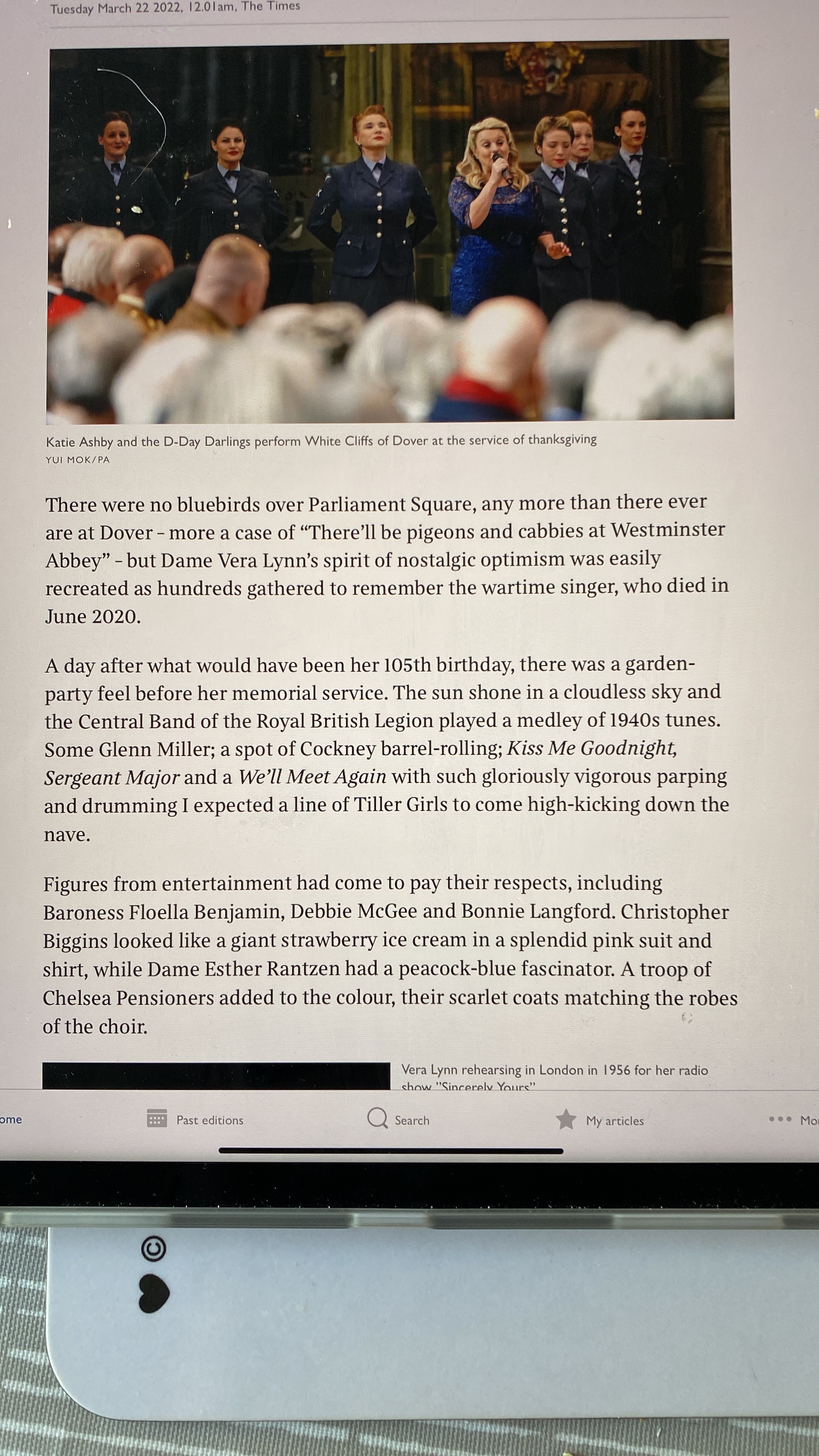